The following are the latest technical setups for EUR/USD, USD/JPY, USD/CHF, and AUD/USD as provided by the technical strategy team at Credit Suisse. 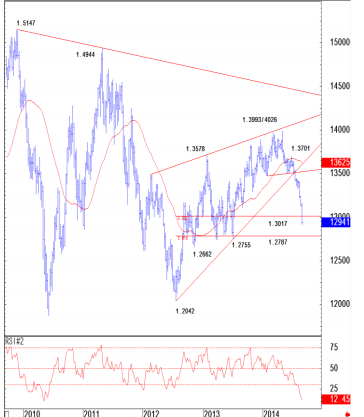 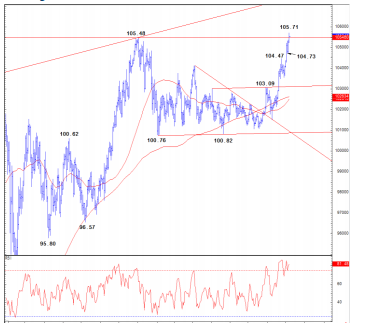 USD/CHF has utilised basing support now at .9168 as a springboard to surge up through medium-term resistance at .9251/72 – the high from November 2013 and 50% retracement of the May 2013/March 2014 decline. This should open the door to further significant gains for a move to .9372 next, ahead of the 61.8% retracement level at .9505 next. We would expect an initial retracement back from here, ahead of a move to the September price high at .9457. 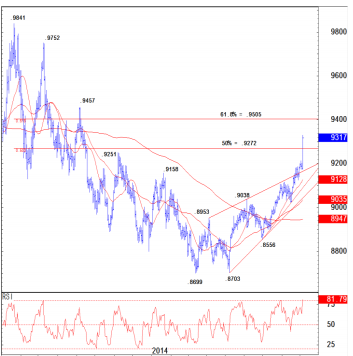 AUD/USD: We stay marginally bullish above .9330.

Price and 13-day average support at .9330 needs to hold to suggest the immediate risk is still topside. Resistance shows at .9349 initially, followed by Thursday’s spike high at .9393. A sustained break of the latter should then see a challenge of the downtrend resistance at .9438. 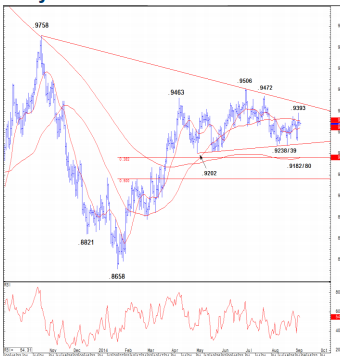 'This content has been provided under specific arrangement with eFXnews'.

eFXnews is a financial news and information service. Articles and other information distributed in this service and published on this site are provided in general terms and do not take account of or address any individual user's position. To the extent that some of these articles include suggestions as to various possible investment strategies which users might consider, they do so in only general terms without reference to the personal factors which should determine any user's investment decisions to buy or sell a specific security or currency.

The service and the content of this site are provided and distributed on the basis of “AS IS” without warranties of any kind either, express or implied, including without limitations, warranties of title or implied warranties of merchantability or fitness for a particular purpose. eFXnews and its employees, officers, directors, agents, and licensors do not also warrant the accuracy, completeness or timeliness of the information in any of the articles and other information distributed in this service and included on this site, and eFXnews hereby disclaims any such express or implied warranties; and, you hereby acknowledge that use of the service and the content of this site is at you sole risk.

In no event shall eFXnews and its employees, officers, directors, agents, and licensors will be liable to you or any third party or anyone else for any decision made or action taken by you in your reliance on any strategy and/or advice included in any article and other information distributed in this service and published in this site.