Global stocks were relatively positive on Thursday as the market reflected on the relatively positive economic data from the United States. In Europe, the FTSE 100 index rose by 0.15% while in Germany and France, the DAX and CAC 40 indices rose by more than 0.50%. In the US, futures tied to the Dow Jones, Nasdaq 100, and S&P 500 indices rose by more than 0.30%. American futures will see little action today since the country is celebrating Thanksgiving. Data published on Wednesday showed that the US labour market was tightening while a key inflation gauge rose to the highest level since the early 90s.

The New Zealand dollar stabilised as the market reflected on the relatively hawkish RBNZ interest rate decision and strong economic data. On Wednesday, the RBNZ decided to implement the second rate hike this year. It also hinted that it would hike interest rates about 3 times by 2024. Also, the RBNZ said that it expects that the headline inflation will cross 5% soon and then return to about 2% by 2023. In a report published earlier today, the country’s statistics agency said that exports rose to more than $5.35 billion in October while imports rose to more than $6 billion.

The euro wavered against the US dollar as the market assessed the potential policies by the incoming German government. Olaf Scholz will become the country’s first new chancellor in more than 16 years. In a statement, he pledged to launch major investments in the country. His coalition with greens means that the government will also invest in clean energy. The currency also wavered after the relatively weak German GDP data. The numbers showed that the economy expanded by 1.7% in the third quarter. This was a lower number than the median estimate of 1.8%.

The NZDUSD pair is trading at 0.6870, which is slightly above this week’s low of 0.6857. This price was important since the pair struggled to move below it on September 29th. The pair has managed to move below the 25-day and 50-day moving averages while the MACD has moved below the neutral level. It is also below the dots of the parabolic SAR. Therefore, the pair will likely remain in a holding pattern for the rest of the week. 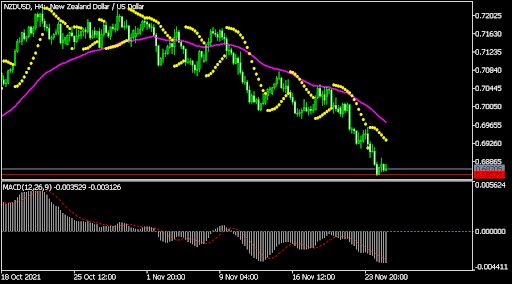 The EURUSD pair has been in a strong bearish trend in the past few weeks. The pair has managed to move below the important support at 1.1693, which was the lowest level since March this year. It has also dropped below the 25-day moving average while the RSI and Stochastic have moved to the oversold level. Therefore, there is a likelihood that a relief rally will happen in the coming days. 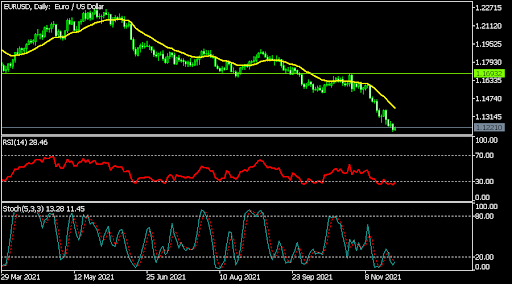 The USDJPY pair has been in a strong bullish trend in the past few weeks. It managed to move above the key resistance level at 114.71, which was the highest level in October. It has also risen above the 25-day moving average. It is also between the middle and the upper side of the Bollinger Bands. The pair will likely keep rising as the divergence between the Fed and BOJ widens. 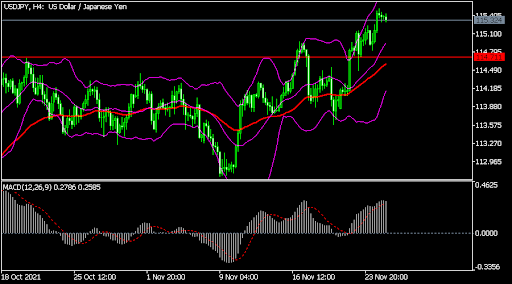