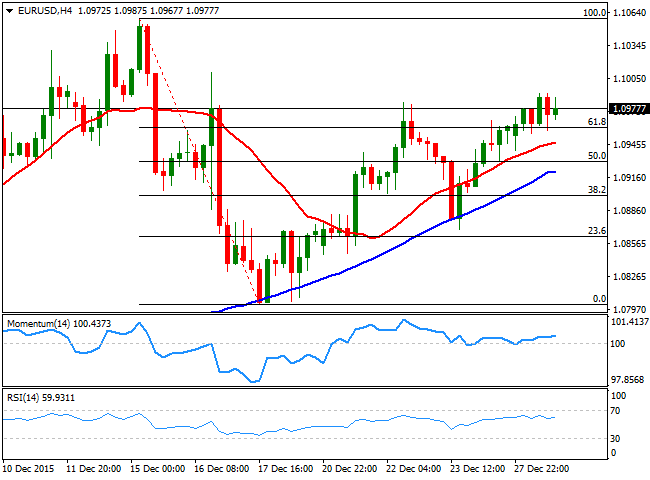 The EUR/USD pair remains range bound in a lackluster market, with volumes reduced to their minimum in this last week of the year. After the long Christmas weekend, trading remains subdued in the financial world, and will likely resume only after the release of the US Nonfarm Payroll report early January. Adding to the lack of volume, there were no relevant macroeconomic releases this Monday, although the US releases its Dallas FED manufacturing index in December, down to -20.1 from -4.9. Despite poor, the reading is hardly considered a market mover, and if fact, there's little that can awake currencies these days. Nevertheless, the release of the US Consumer Confidence figure  for  December may trigger some short live spikes.

As for the technical picture, the EUR/USD pair has recovered its previous bullish tone, temporarily interrupted by FED's announcement of a rate hike earlier this month. Now trading above 1.0955, the 61.8% retracement of the latest daily decline measured between 1.1059 and 1.0803, the 4 hours chart maintains a mild positive tone, as the price also stands above a mild bullish 20 SMA while the technical indicators stand above their mid-lines, showing no directional momentum at the time being. Selling interest waits on approaches to the 1.1000 level, with a clear break above it leading to a spike up to the 1.1045 region. 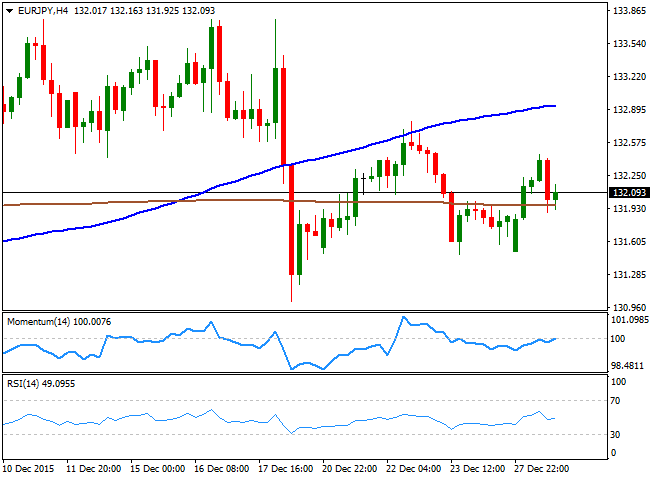 The EUR/JPY advanced some at the beginning of the week, although the pair continues trading with no clear directional strength in the shorter term, and the downside favored in the longest one. The recovery was led by a softer tone in the Japanese yen as poor retail sales and mixed industrial production data released overnight put the currency under pressure. As for the 4 hours chart, the price is hovering above a horizontal 200 SMA, and remains well below a 100 SMA, while the technical indicators head nowhere around their mid-lines, in line with the ongoing consolidative stage. 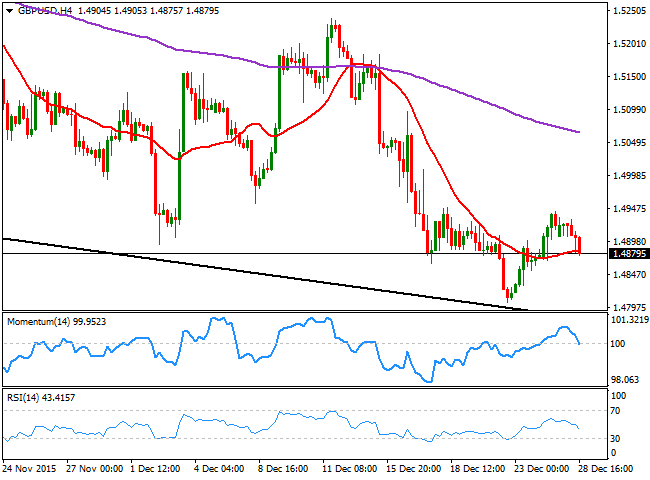 The British Pound is among the worse daily performers, having declined down to 1.4875 against the greenback during the American afternoon and trading a few pips above by the end of the day. The GBP/USD pair has started the day with a  positive tone, holding above the 1.4900 level, although within quite  a limited range amid the year-end holidays. The pair later declined with no actual catalyst beyond it, and the 4 hours chart shows that the bearish potential has increased as the price is pressuring a flat 20 SMA, while the technical indicators have crossed below their mid-lines, in line with additional declines.  The immediate support comes at the  1.4850/60 region, the level to take during the upcoming sessions to see a retest of the recent low at 1.4804. Despite not far away, seems unlikely the pair may advance beyond 1.4950, the main resistance level to consider during these days. 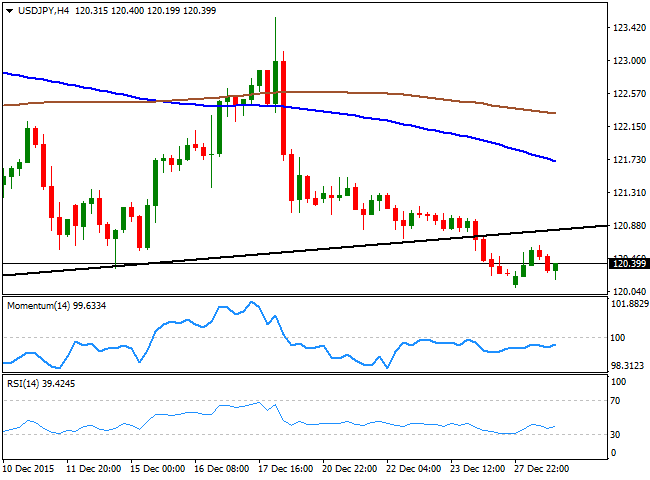 The USD/JPY gapped lower at the weekly opening, falling down to 120.09 before bouncing up to 120.62 ahead of the US opening. During the Asian session, Japan released its retail sales data for November that fell by 2.5% compared to a month before, and by 1.0% compared to a year earlier. Also, preliminary Industrial Production in the country and for the same month show an improvement yearly basis, up to 1.6%, although the monthly reading came out negative, the first fall in three months.  The recovery stalled short from completing a pullback to the daily ascendant coming from August broken last week, currently offering a strong resistance around 121.10. The technical bias is still bearish, despite the lack of directional strength, as in the 4 hours chart the price is far below its 100 and 200 SMAs, both with sharp bearish slopes, whilst the technical indicators aim slightly higher, but within bearish territory. 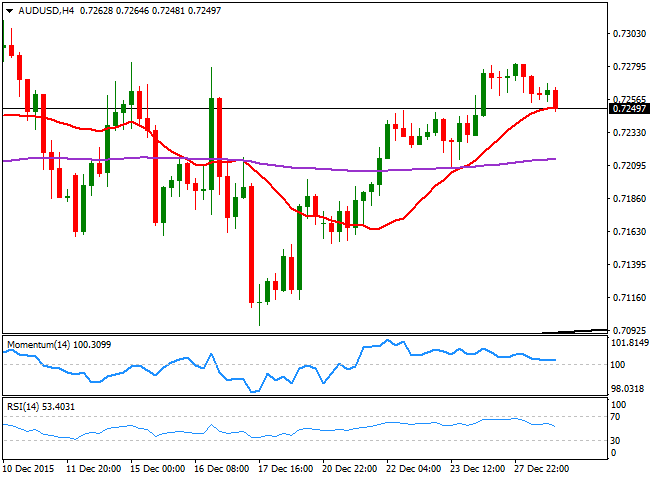 The AUD/USD pair continues trading mid-range within a large symmetrical triangle, clear in the daily chart.  The figure has contained the price ever since early August, and seems it will likely remain inside it for some more time, given that the roof stands now at 0.7370, whilst the base around 0.7080. During the upcoming Asian session, Australia will release its PPI figures for the fourth quarter of this 2015, which may imprint some life to the forex board during the Asian session, although market's reaction is expected to be limited. Technically, and in the 4 hours chart, the upside is still favored given that the price is holding above 0.7240 a strong static support level, and above the 200 EMA, this last offering a dynamic support around 0.7200. In the same chart, the Momentum indicator stands path around its 100 level, while the RSI indicator heads lower around 53, all of which maintains the downside limited at the time being.

EUR/USD holds gains near 1.1750 as US election debate kicks-off

EUR/USD holds the recent gains near 1.1750, as the US Presidential election debate kicks-off on a fiery note. The US dollar wallows in multi-day lows amid cautious market mood. The spot printed its biggest single-day gain in over a month on Tuesday.

AUD/USD is off the five-day high but remains well bid above 0.7100, up for the third day in a row. Markets paid little attention to upbeat Chinese official Manufacturing PMI data, as all eyes remain on the first US Presidential election debate.

Gold seesaws near one week high after closely missing the $1,900 mark the previous day. Broad US dollar weakness helps the bullion to cheer the market’s cautious sentiment. with the US election debate underway. Brexit and virus woes weigh on market sentiment.