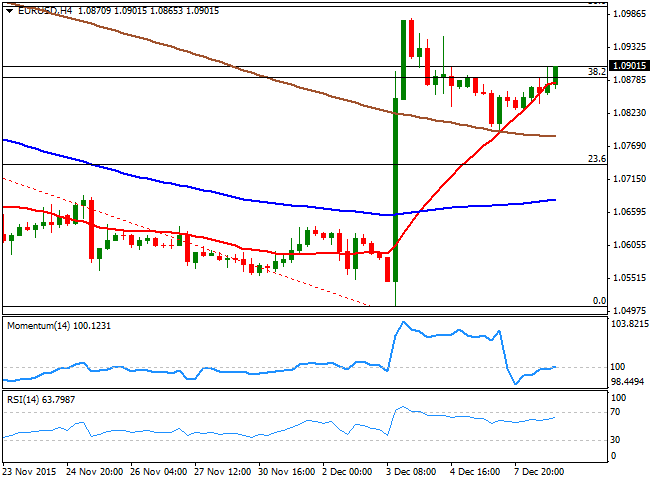 The common currency ends the day higher against its American rival, albeit having held within quite a limited intraday range, and below the 1.0900 figure. The macroeconomic calendar was light amid a Christian holiday, observed by many European countries. At the beginning of the day, the EU released a revision of its Q3 GDP readings, which matched previous estimates and failed to trigger some market's action. In the US, the number of job openings was little changed at 5.4 million on the last business day of October, according to the Bureau of Labor Statistics, while consumer confidence in the country surged in December, as the IBD/TIPP Economic Optimism Index improved 1.7 points, in December, posting a reading of 47.2 vs. 45.5 in November.

The EUR/USD pair traded in the green for most of the day, with the EUR still on demand after the latest ECB decision. The short term picture is bullish, despite the lack of momentum, as in the 1 hour chart, the price is above a bullish 20 SMA, while the technical indicators aim higher above their mid-lines. In the 4 hours chart, the technical readings also favor more gains, as the indicators aim higher around their mid-lines whilst the price is extending above a strongly bullish 20 SMA. A steadier advance beyond the 1.0900 level, should anticipate further gains towards the 1.1000 figure this Wednesday, where some selling interest is expected to contain further rallies. 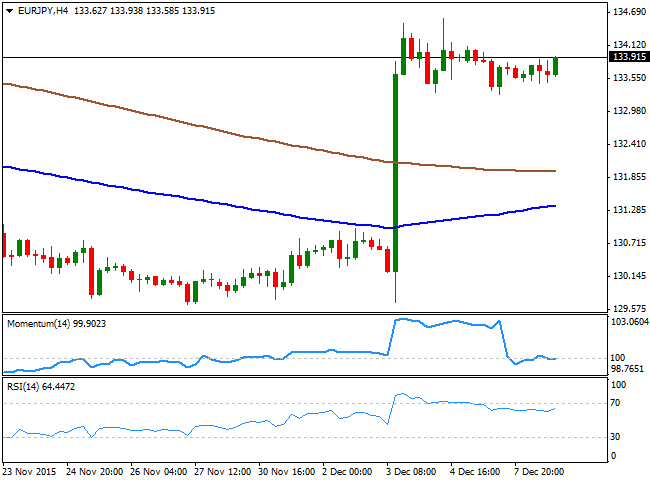 The EUR/JPY pair continues trading range bound, ending the day slightly higher amid EUR's strength, although with the pair still unable to firm up above the 134.00 figure. The intraday technical readings have finally erased the distortions of last week, and the 1 hour chart shows that the price continues consolidating well above its 100 and 200 SMAs, with the shortest accelerating its advance below the current price. In the same chart the technical indicators post tepid advances in positive territory, but fail to confirm an upward continuation at the time being. In the 4 hours chart, the RSI indicator heads higher around 64, but the Momentum indicator lacks directional strength around its mid-line, suggesting some further consolidation ahead. An advance above 134.20 should favor some further gains, pointing then to a test of the 135.00 region. 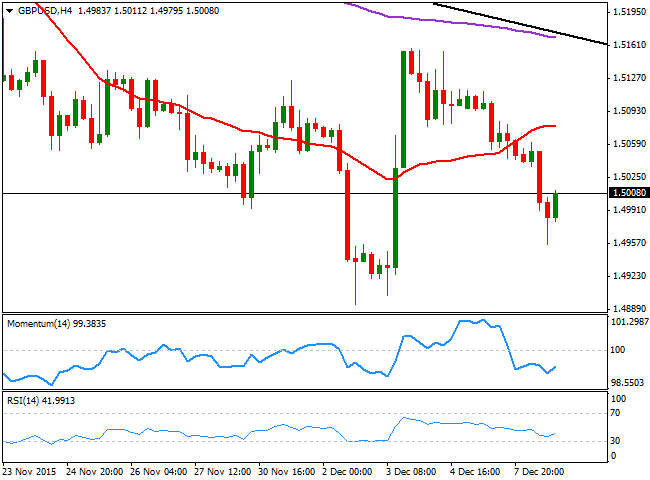 The GBP/USD pair edged lower for a third day in-a-row, having fell down to 1.4955 before recovering the 1.5000 level before the US close. The British Pound was weighed by falling oil prices, and worse-than-expected UK factory output, down in October by 0.1%. Industrial Production grew slightly above expected,  not enough, however, to help the currency advance. The pair enters the Asian session correcting its short term oversold readings, but maintaining a bearish tone, given that in the 1 hour chart, the technical indicators have bounced from extreme readings, but are now losing upward strength below their mid-lines, whilst the price remains well below a bearish 20 SMA. In the  4 hours chart, the price is below the 20 SMA, while the technical indicators are aiming higher from near oversold territory, but remain well into negative territory and unable to confirm a clear directional strength. 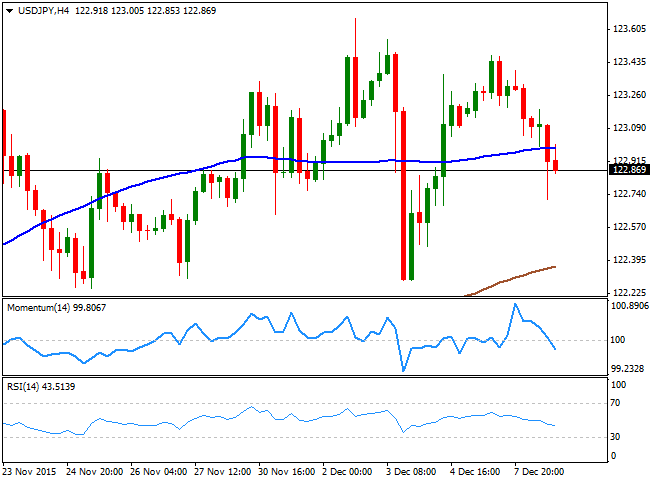 The Japanese yen ended the day higher against its American rival, helped by  the release of a stronger-than-expected second estimate of Japanese GDP in Q3. Real GDP growth in Japan was revised upwards to an annualized expansion of 1.0% from an initially reported contraction of -0.8%. The USD/JPY pair fell down to 122.71 in the American afternoon, and remains unable to recoup the 123.00 level ahead of the Asian session. Technically, and according to the 1 hour chart, the downside is favored, as the price has extended below the 100 and 200 SMAs,  with the latest acting as an immediate resistance around 123.00, while the technical indicators head south below their mid-lines, supporting further declines. In the 4 hours chart, the Momentum indicator is crossing its mid-line towards the downside, while the RSI indicator heads lower around 44 supporting a bearish continuation, but with no momentum at the time being. 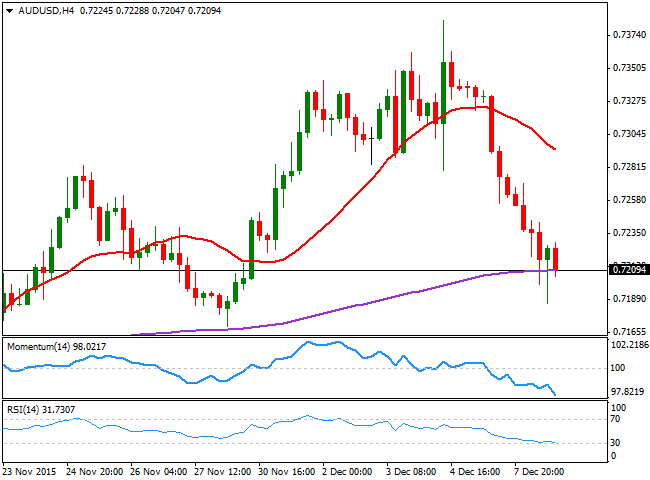 The AUD/USD pair extended its decline down to 0.7185 as commodities slumped, recovering right above the 0.7200 level before the US close. Maintaining a strong negative tone, the Aussie will have to face now some confidence and housing data, expected generally lower and therefore in line with further declines. Nevertheless, the key event will be next Thursday, when Australia will release its November employment figures. In the meantime, the 1 hour chart shows that the pair has met selling interest on an approach to a strongly bearish 20 SMA, while the technical indicators are turning back lower after correcting oversold readings, maintaining the risk towards the downside. In the 4 hours chart, the bearish momentum is even clearer, given that the technical indicators head sharply lower below their mid-lines, whilst the  20 SMA turns lower far above the current price.