The market is struggling with further downward pressure, triggered by a stronger US dollar, and threats that the US and others will start using their strategic oil reserves.

Indeed, Japanese Prime Minister Fumio Kishida said on Saturday (Nov 20th) that his government was considering drawing on oil reserves in response to rising crude prices. Since Japan sources most of its oil from the Middle East, the recent surge in prices and the decline of the yen have pushed up import cost for the Japanese archipelago.

As a reminder, last week I anticipated a lower dip that would take place onto the $75.25-76.22 yellow band. The recommended objective would be the $79.37 and 82.24 levels. My suggested stop would be located on the $74.42 level (below both the previous swing low from 7-October and the previous high-volume node and volume point of control (VPOC) from September).

Alternatively, you could also eventually use an Average True Range (ATR) ratio to determine a different level that may suit you better. For now, that dip did happen Friday around that support area (likely to become a demand zone) where we might see some ongoing accumulation for the forthcoming hours. Now, we can observe a doji formation (candlestick figure), and more precisely a long-legged doji appearing on the daily chart, which is generally synonymous with indecision. 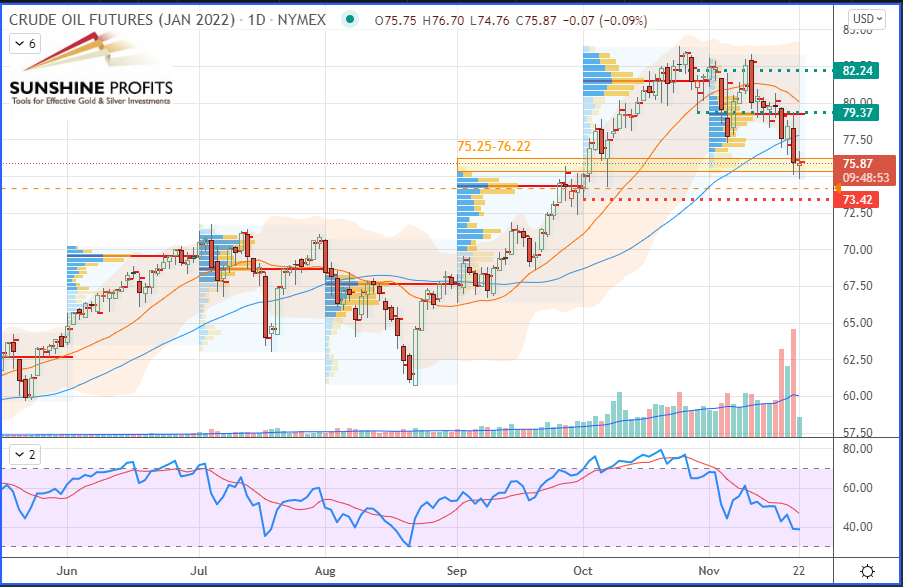 To visualize how the price action is currently developing, let’s zoom into the 4H chart, which illustrates a much clearer downtrend: 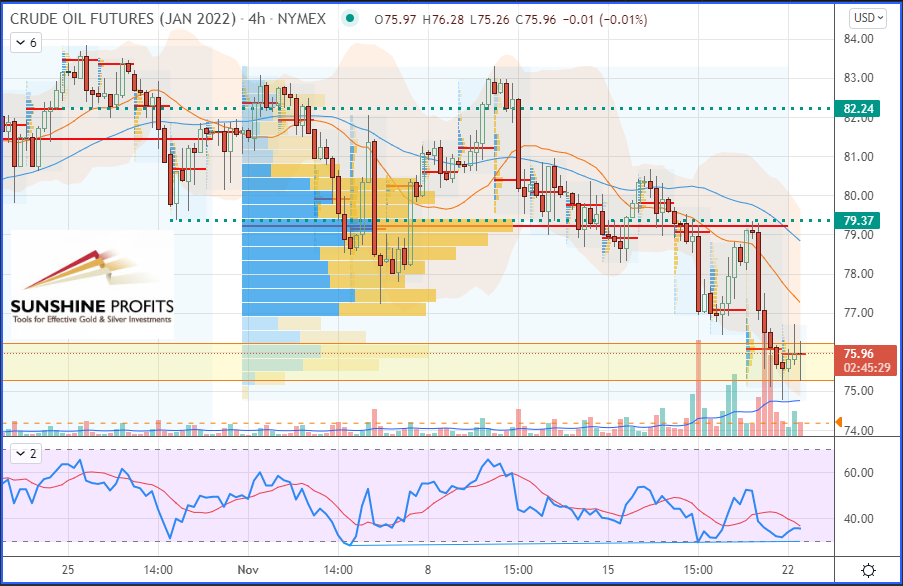 So, as you can see, even on that lower timeframe we have a doji pattern, where the bulls are trying to take over the bears to push the market towards higher levels. Will the current 4H downtrend extend lower, or will the longer-term (daily) uptrend resume its rally? Let’s see where this is going to end up.
Here is the latest chart from today (Nov 24th):