DXY traded from 98.56 down to 98.44.   We have been discussing how the DXY has been trading in a range for the last week or so and that it finally broke out yesterday above the 98.74 level, just to reverse close the day back under that level. Often, if we have a false breakout on one side of a range, price comes back to test the other side of the range.  The bottom of that range is 98.14.  Price may be headed back towards that level short-term to test that level once again.  The 50 Day Moving Average is lurking around that level as well near 98.04.  Resistance now at yesterday’s highs at 98.83. 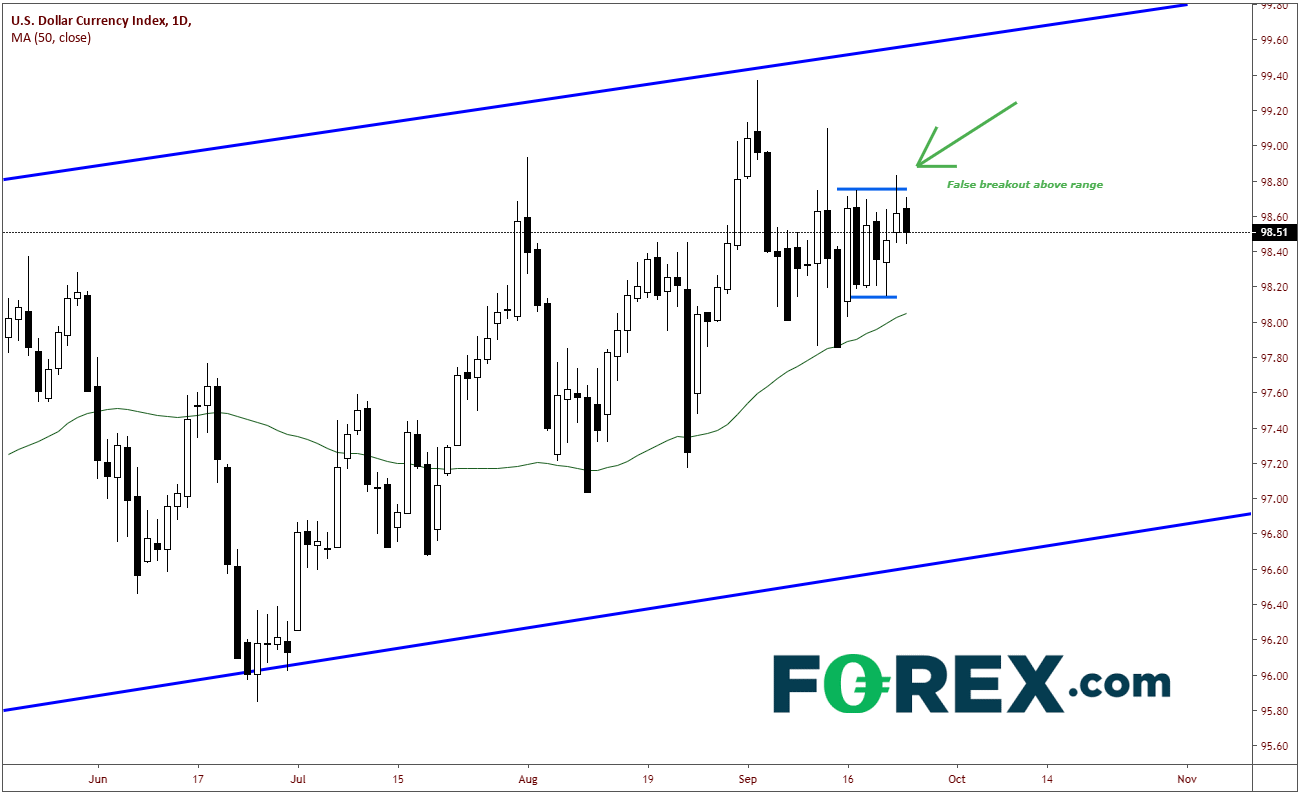 USD/JPY had also moved lower on the data trading from 107.70 down to 107.38.  The US Dollar pair obeyed the strong resistance last week above near 108.50, which was horizontal resistance and the 50% retracement level from the April 24th highs down to the August 26th lows.  USD/JPY is down the last three days in a row, and with this fresh data, it’s possible it may continue lower (although there is still half the US session to trade).   Support below at the 50 Day Moving Average near 107.08.  Below that is old resistance at 106.75.  Previous resistance levels now act as support. 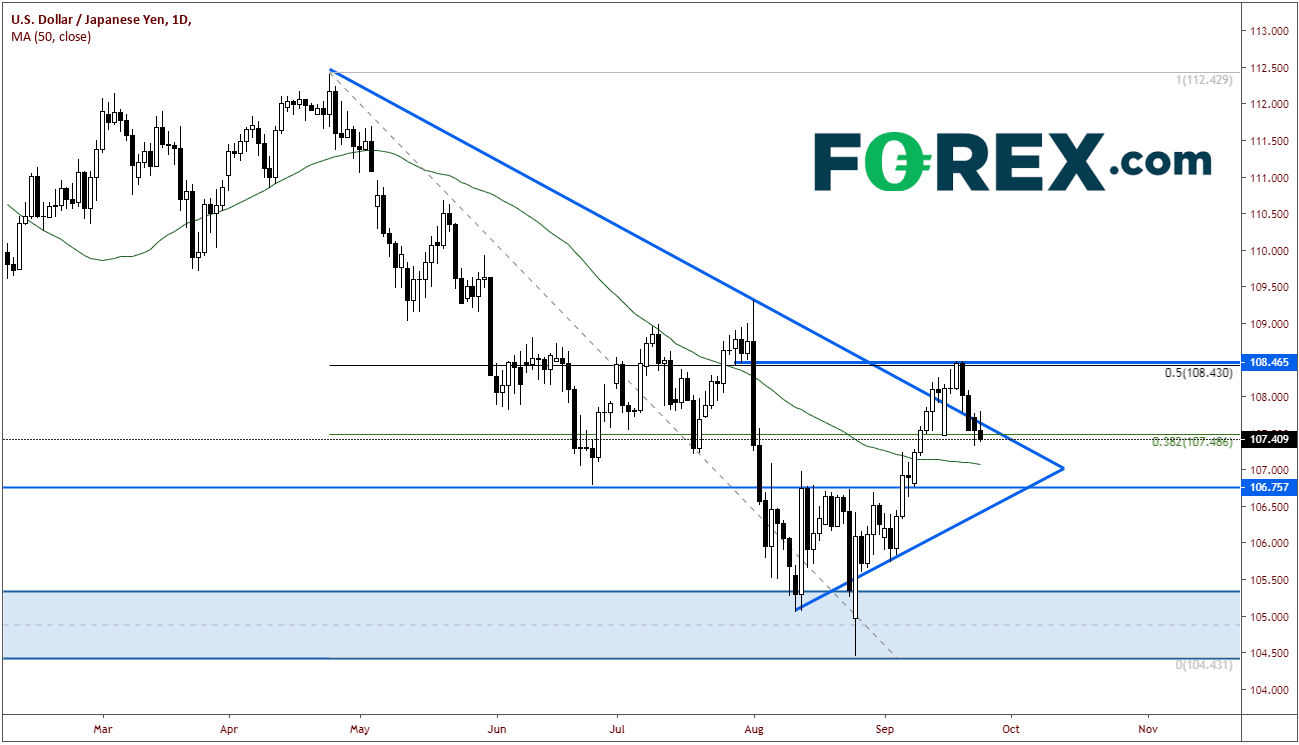 In the short-term, horizontal resistance comes in near 107.80.  Next level is the previously mentioned resistance from last week near 108.50. 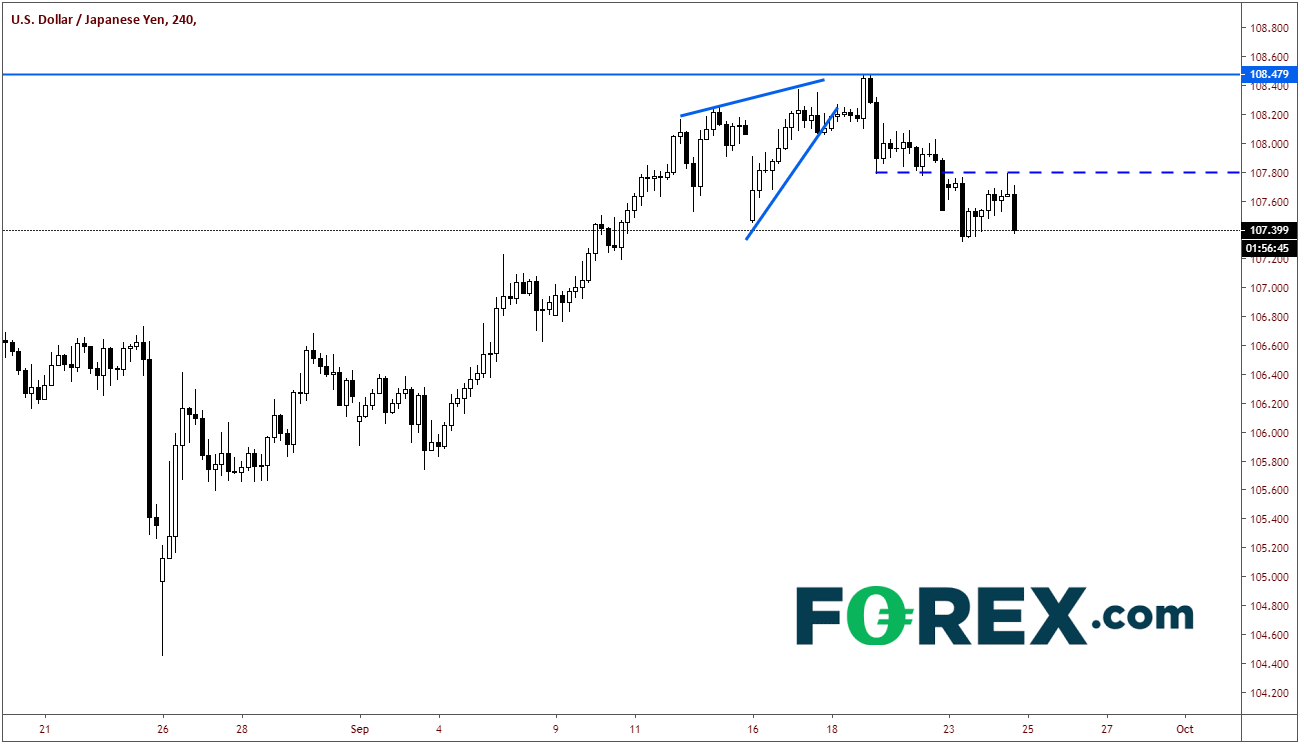 As of the time of this writing, President Trump has just wrapped up speaking at the UN.  Be on the lookout for headlines as he meets with global leaders throughout the day, which could further impact