Risk sentiment is boosted by the news that Boris Johnson’s Conservative party has won the UK election. In addition, market players are hoping for the announcement of a phase 1 trade deal between the United States and China after Donald Trump hinted on such a possibility in his tweet on Thursday.

CNY/JPY is a good proxy for traders’ optimism. The technical setup for it is also quite interesting. The uptrend is in place since the end of August. Recently the pair formed a bullish flag, while Thursday’s close above the 200-day MA (15.65) solidified the position of buyers.

On Friday, the pair opened with a gap up above the 50-week MA (15.76) and then corrected down. The return above this level will open the way up to 15.915 (61.8% Fibonacci of the April-August decline). A fundamental shift in sentiment may boost the rate to even higher, to 16.20 (the resistance line of the longer-term downtrend). If, however, it happens that the cheerfulness was premature, the fall below 15.65 will bring the pair down to 15.55. 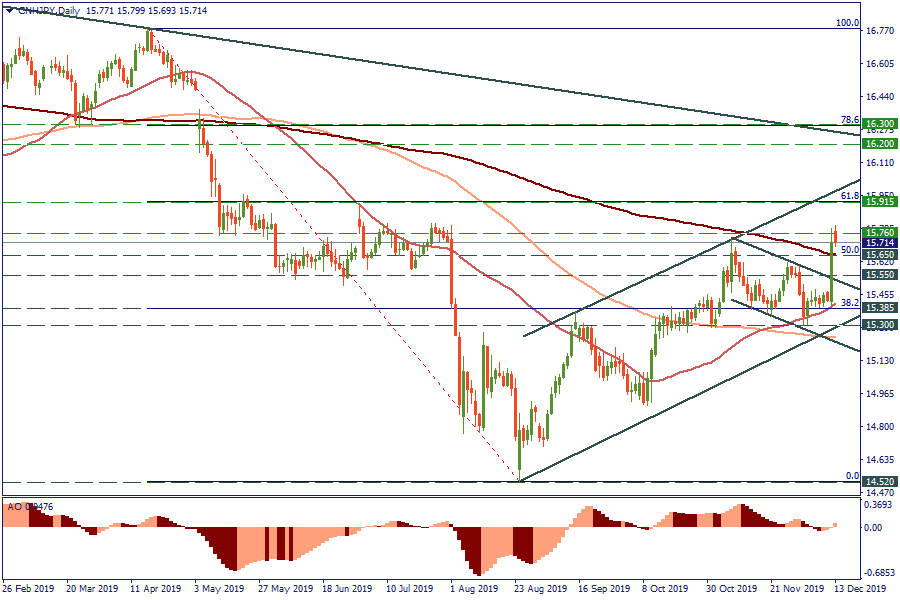