Asian markets are worried about the increase in anti-American rhetoric in the Chinese media against the background of escalating trade conflicts. However, this hurts Chinese markets, which have re-emerged to decline and are losing more than 1.2%. The pair USDCNY exceeded 6.94, getting closer to the psychologically important level 7.0. In August and November, the PBoC actively defended the exchange rate from growth higher. Partly the price dynamics today is explained by the desire of speculators to warm up the market before active intervention by the PBoC. Relatively strong data from the United States, released the day before, confront weaknesses in Asia. Due to this data, the dollar received additional support, and stock purchases intensified.

A whole range of positive statistics from Building permits to Initial jobless claims exceeded expectations, somewhat eased fears about a slowdown in the US economy. Despite this, the positive momentum of the market does not yet seem to be steady. SPX turned to a decline after touching the 50-day moving average. In addition, a strong dollar and pressure in markets in other parts of the world further inhibit purchases. 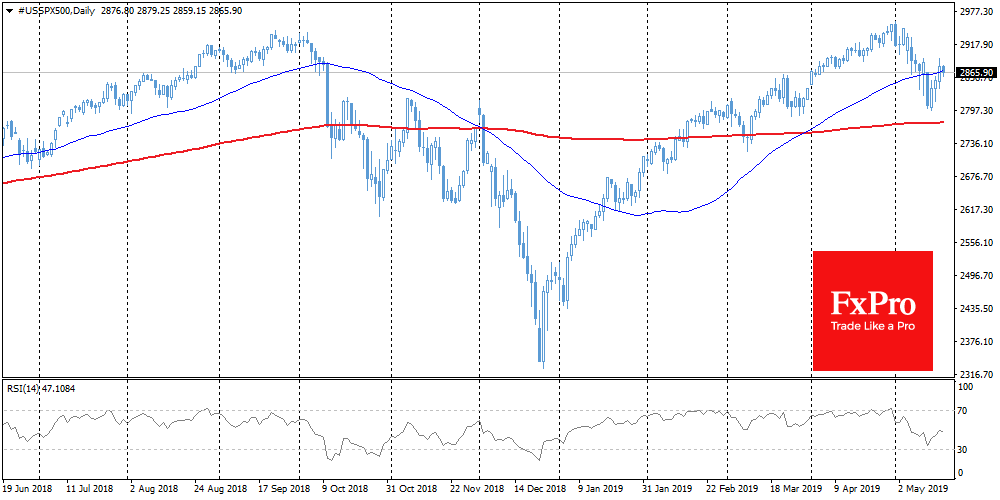 The single currency faced sales pressure near 1.1220 on Wednesday and Thursday. In both cases, the bears retreated only after EURUSD fell below 1.1170, where the pair is now. On the intraday charts, you can clearly see how the pressure on the pair is increasing in the beginning of the London trading session. The downtrend of the pair received another confirmation with a reversal near the 50-day moving average. In late April, the pair rebounded from 1.1120. Up to this level, the weakening of the pair can occur quite smoothly, but a further decrease (to the area of 2-year lows) can open the way straight to 1.0850 or even 1.05. 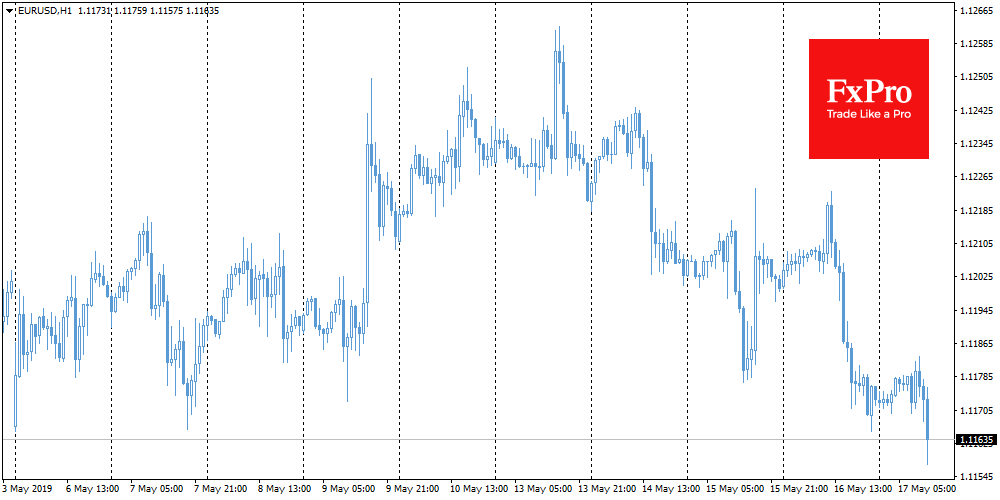 Chart of the day: NZDUSD

The New Zealand dollar has been under almost relentless pressure over the past two months. In addition to the fears around China's growth rate, the currency is being pressured by a cut in the RBNZ key rate last week. This morning, producer prices surprised by a 0.9% drop against expectations of a 1.4% growth. The market reaction was relatively mild, as a long downtrend exhausted the strength of the sellers. However, the 50-day moving average in one step to go below the 200-day one (so-called Death Cross), which can support the downward momentum. 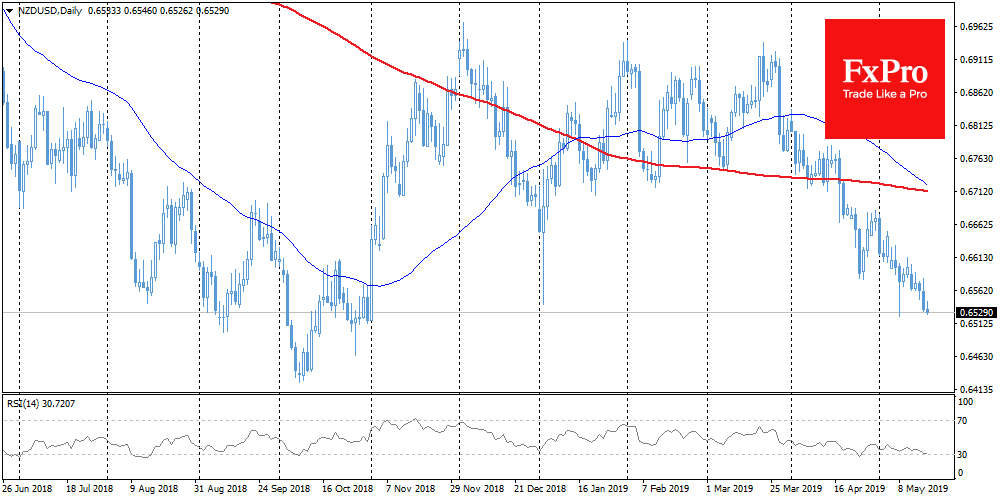