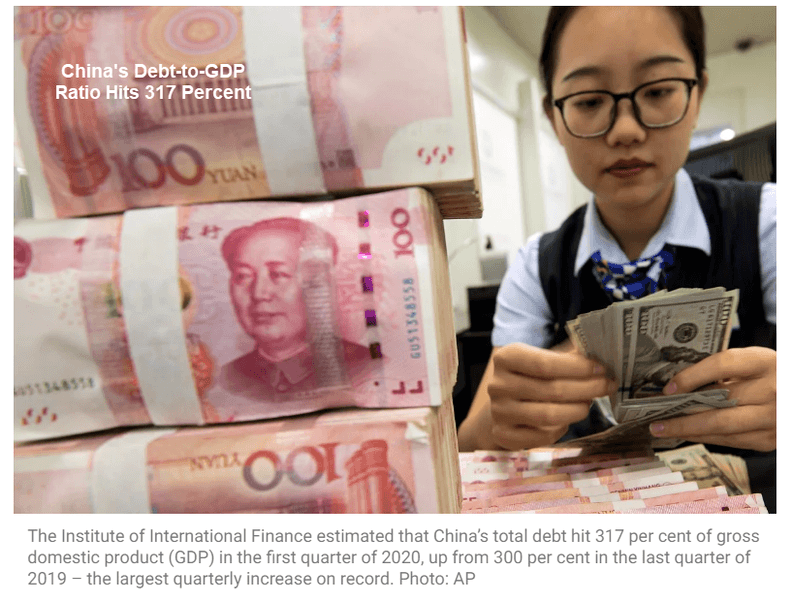 The IIF estimates that China’s total debt hit 317 per cent of gross domestic product (GDP) in the first quarter of 2020. 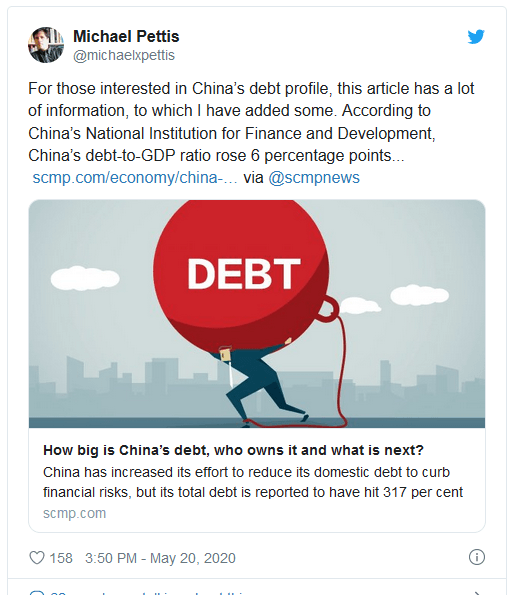 Note: I reformatted the thread to keep key ideas in the same numbered point. In doing so, I increased the number of points by one.