The race to the bottom in the interest rate/bond market continues. This race to zero impacts currency prices in different ways; mostly it has a negative impact. The one currency that may actually benefit from this mad dash is the Swiss Franc (CHF).

Most FX forecasts and trades are expressing both weak global growth due to interest-rate compression as central banks compete continue their race to the bottom. However, the growing constraints on the Swiss National Bank (SNB) make them reluctant to restart large FX intervention.

CHF is the best performing major currency during a Fed easing cycle as incentives for capital outflows from Switzerland are reduced. Meanwhile, nearly 100 basis points of cuts are priced in for US markets. This should continue to weigh on the USD. 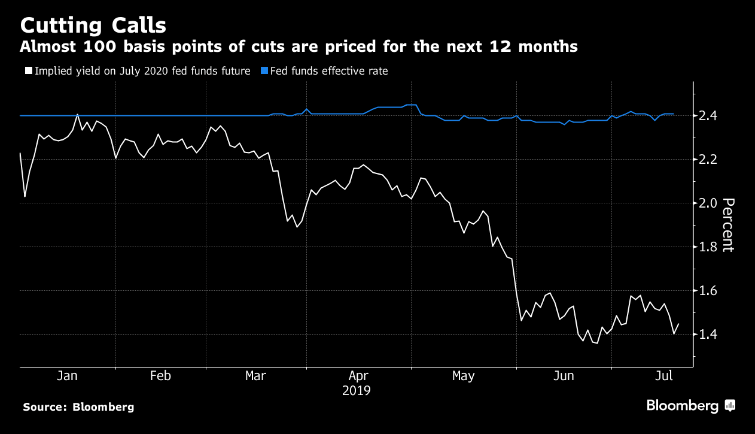 Not to be outdone, the ECB cannot get enough of low/negative rates. Sadly, this insane experiment has done little to rev up the European economy relative to the firepower. 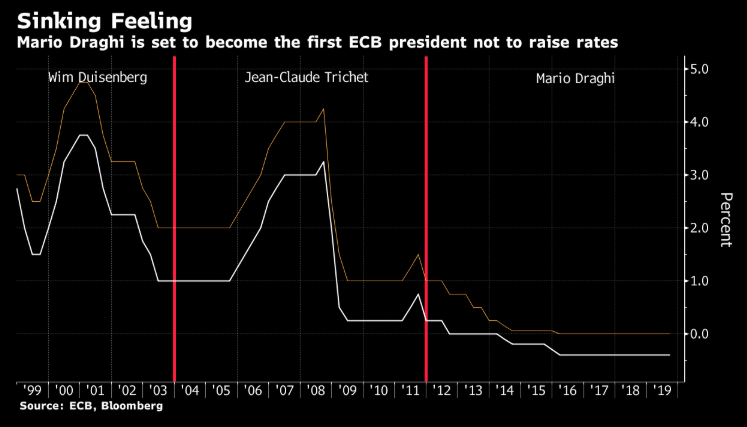 “The ECB chief this week will lead a policy meeting that’s widely expected to set the stage for a September interest-rate cut and a possible resumption of quantitative easing.”

So given that the 2 largest central banks, The Fed and The ECB are playing the same game, it makes little sense to play the likes of EUR/USD….that merely boils down to picking the least ugly. And while FX trading oftentimes is just that, this comparison is simply too close.

The better bet, in my opinion, is to look for shorts in USD/CHF and EUR/CHF. 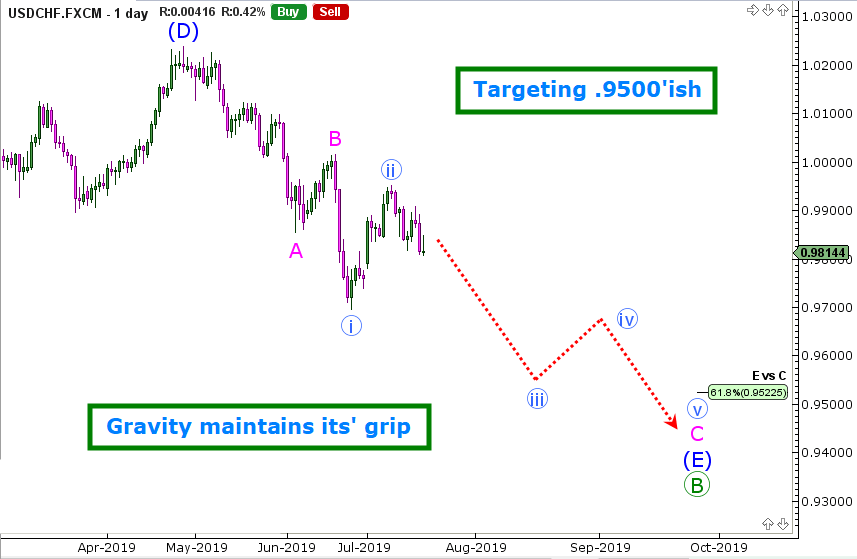 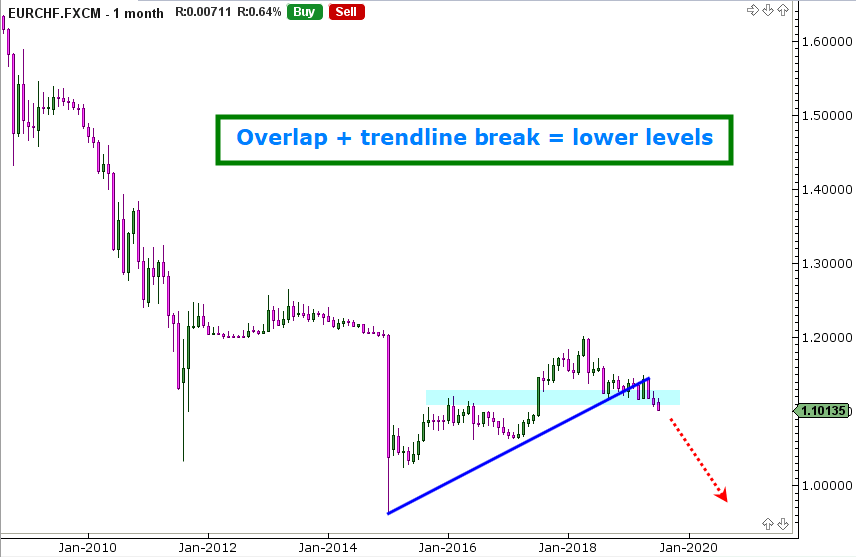