Australia will publish this Thursday its August employment data, and as anticipated last month, the latest lockdown in Victoria is expected to have taken its toll on employment. The market expects to see 50K jobs were lost in the month, while the unemployment rate is foreseen at 7.7% from 7.5% in July. This last, however, remains well below the 10% forecasted by the RBA by the year-end. Worth noting that 71.2K of the new jobs added in July were part-time ones.

The Reserve Bank of Australia has remained cautiously optimistic this month. According to the Minutes of the Meeting that took place earlier this month, policymakers still believe that the economic downturn was not as severe as initially expected. Still, they kept rates at record lows and expanded its lending facility for banks, while reaffirming their commitment to act as needed to support the economy.

On the AUD value, the RBA said that the currency’s appreciation is consistent with higher commodity prices, although they added: “ while members noted that the Australian dollar was broadly aligned with its fundamental determinants, a lower exchange rate would provide more assistance to the Australian economy in its recovery.” Not that speculative interest paid much attention to the comment, as the Aussie actually rose with the news.

The latest available data on wages was the Q2 Wage Price Index published last month. It showed a 0.2% rise in the quarter and rose 1.8% when compared to the second quarter of 2019. That would be the slowest pace of growth on record, and the weakest reading since the records began in September 1997. The headlines had a limited impact on the Aussie, at the time.

Meanwhile, the latest coronavirus outbreak seems to be under control in Australia. The country didn’t report new deaths on Tuesday, and encouraging signs as authorities ponder chances of reopening the economy. The damage, however, is done. The market is not only anticipating negative numbers in August but will also expect similar figures in September. Reopening plans for the Victoria region, extend well into November, and that if there are no new outbreaks.

The AUD/USD pair is trading near this year high ahead of the event, not because Aussie’s self-strength, but because of the greenback’s broad weakness. The US Federal Reserve also stands in an ultra-accommodative path, with a rate hike nowhere in the horizon.

Should the report beat expectations, particularly with upbeat full-time new jobs, AUD/USD could surge beyond 0.7413 and approach the 0.7500 figure. After the dust settles, speculative interest could take profits out of the table if the prices nears this last, but will likely find a new comport zone above 0.7400.

The outcome of the employment report needs to be much worse than anticipated to trigger a sustainable bearish rally. As long as the pair holds above 0.7191, however, bulls will maintain control. 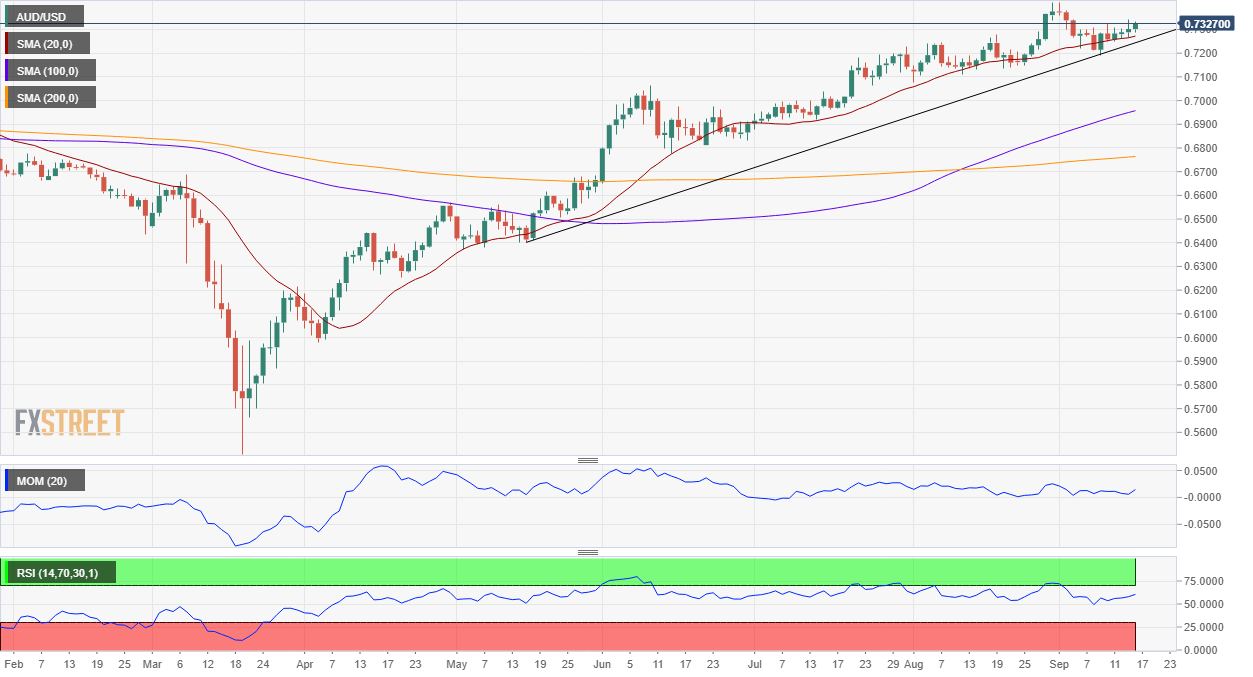