AUDUSD declined to close below the Ichimoku cloud and the short-term downward-sloping channel on Tuesday, with the price changing direction slightly north and back into the 0.6800 area.

Technically, the rebound in the RSI and the pause in MACD’s negative momentum is an encouraging signal for the next move in the price. However, as long as the indicators remain in bearish territory there is always a risk to the downside and therefore a potential for a retest of the 0.6800 area.

If the sell-off extends below 0.6800 and the bottom of the channel, traders could initially look for support around 0.6780 and then near the November trough of 0.6753. Moving lower, the 0.6720 mark may also halt selling pressure as it did earlier this year.

On the upside, the bulls should break above the channel’s upper trendline and the 0.6830 level to bring more strength towards the previous high of 0.6860. Slightly higher, however, there is a tougher barrier around 0.6880 which intersects with a long-term resistance trendline drawn from the 2018 peak of 0.7392 and traders will be eagerly waiting to see whether the pair can significantly rally above that wall. In case efforts prove successful, resistance could be next met near 0.6910.

Meanwhile in the bigger picture, the pair has been making higher lows since the end of September but has failed to post a higher high above 0.6928, maintaining a neutral profile instead.

Summarizing, AUDUSD seems to be looking for improvement within a short-term descending channel, though bearish risks remain alive. In the bigger picture, the pair needs to overcome 0.6928 to resume a positive outlook. 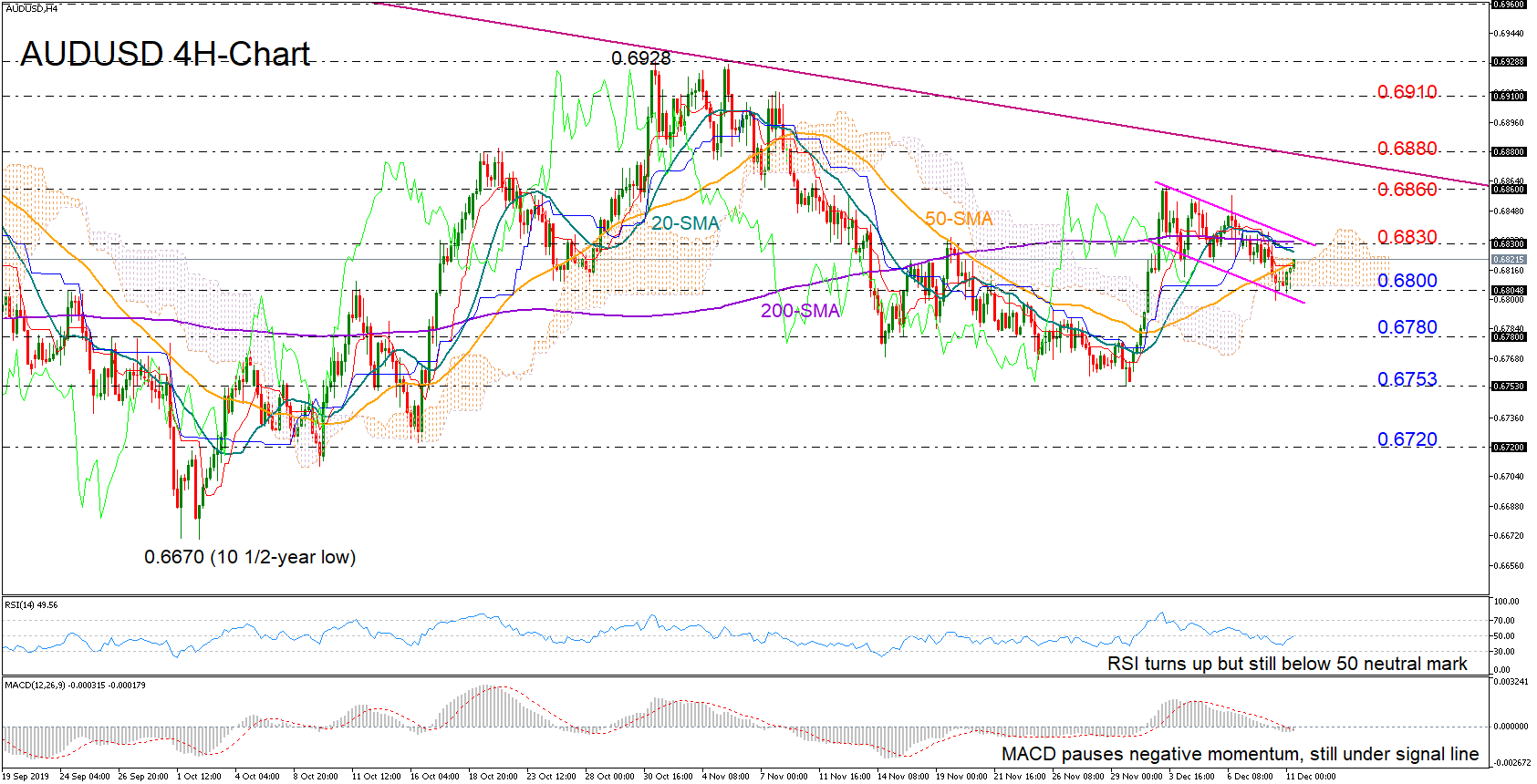