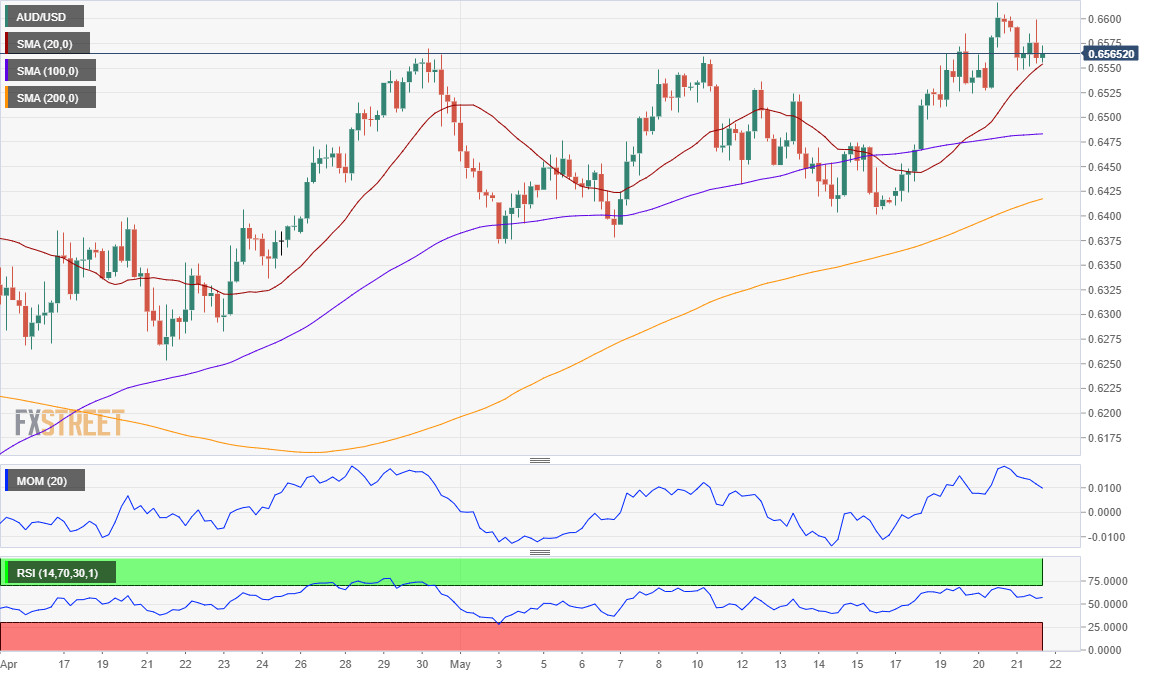 The Australian dollar retreated from its recent highs against the greenback, as the poor performance of global equities weighed on the commodity-linked currency. The Aussie was undermined at the beginning of the day by local data, as the May preliminary Commonwealth Bank Manufacturing PMI contracted further, printing at 42.8. The services index was slightly better than the previous, reaching 25.5. Tensions between the US and China over their trade relationship and the origins of COVID-19 also hurt the AUD.

RBA Governor Lowe gave a speech during Asian trading hours, although he didn’t surprise market players. Among the most important details, Lowe said that the cost of negative interest rates do exceed the benefits, suggesting that further rate cuts are out of the table for now. The country won’t release relevant data this Friday.

The AUD/USD pair holds on to its positive stance, as it holds on to most of its latest gains. The 4-hour chart shows that it is bouncing from a bullish 20 SMA, which provided support throughout the day. Technical indicators, in the meantime, bounce from their midlines, and after correcting overbought conditions reached earlier in the week. The risk remains skewed to the upside as long as the pair holds above 0.6530, a static support level.