European shares have opened with a softer tone on Wednesday after it was reported the EU might consider blocking travellers from the US because of a surge in cases. Wall Street looks set for a flat open following another record-breaking day for the Nasdaq. Blocking US travellers would heighten the risks for travel and hospitality industries that badly need every tourist dollar possible.

The MSCI All Asia index (ex Japan) rose to its highest level in 4-months. The Gains were led by the Kospi 200 which was benefiting from reduced political risk after Kim Jong Un backed away from deploying the military on the border with the South. The risk of actual conflict always seemed low but without some big gesture toward denuclearisation / cutting sanctions, tense relations with the North is a drag on South Korean assets.

The Kiwi dollar dropped after the RBNZ suggested more stimulus might be needed including the use of new tools such as foreign asset purchases. The RBNZ is already discussing the pros and cons of expanding its LSAP (bond-buying) program. The general refrain from central banks at the moment is that the economy is rebounding but that ‘risks are tilted to the downside’ – meaning stimulus measures need to be maintained.

The price of oil nudged up on Wednesday after having dropped the day prior. A much bigger than expected rise in US inventories shows the situation of over-supply in the US is still unresolved. While many rigs are going offline, those left are pumping much more than the semi-locked down economy needs. 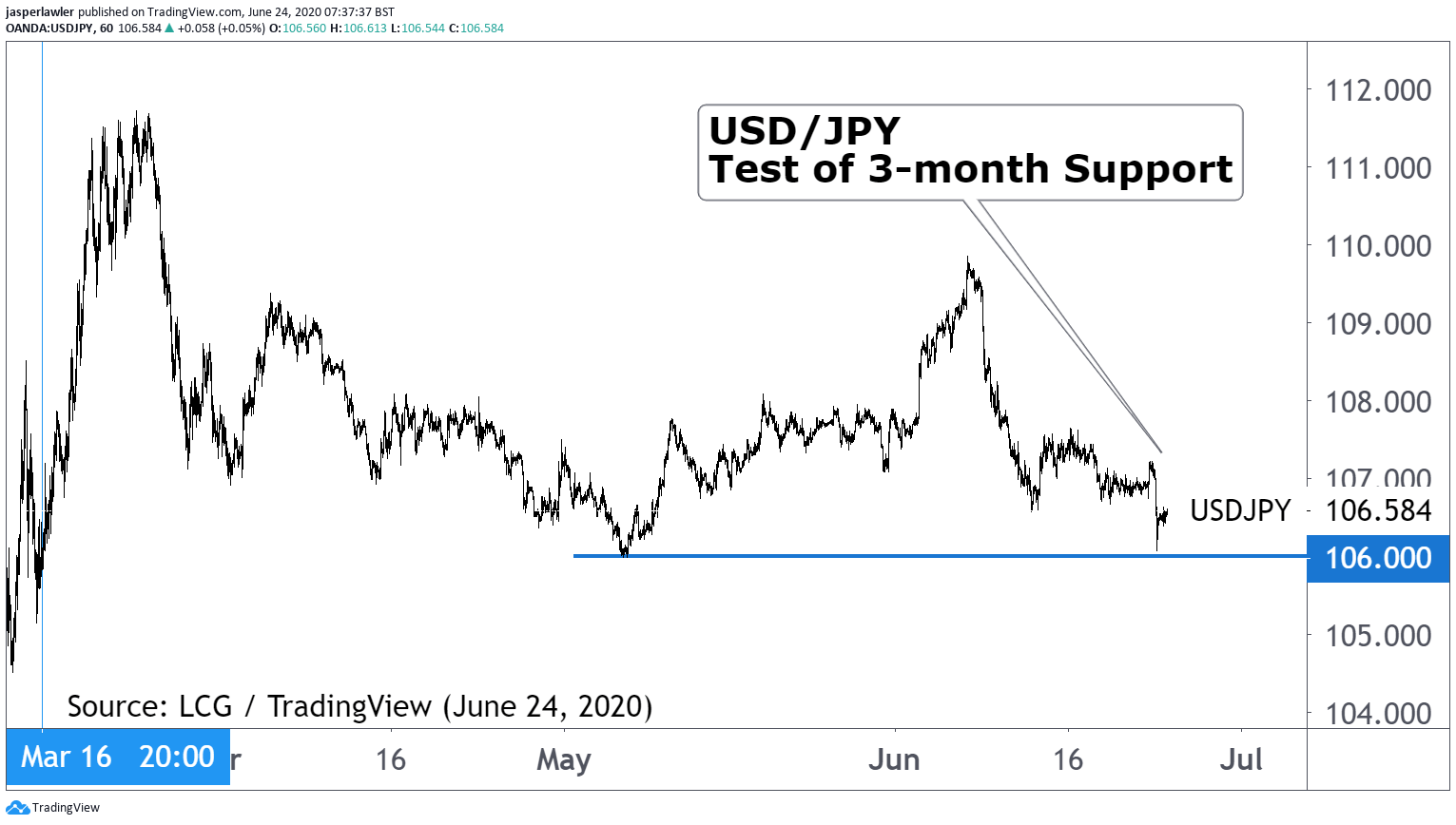 The dollar is on the cusp of a break lower versus the yen - but remains in a wider trading range, contained by the volatile price action in March.