Skip to main content
TRENDING: EURUSD| GBPUSD| USDJPY| USDCAD| AUDUSD| Gold price
TRENDING: EURUSD| GBPUSD| USDJPY| USDCAD| AUDUSD| Gold price
;
So, we're here. The weekend before the verdict. Greece will know its fate next week, probably as soon as Monday evening. An emergency Eurozone Leaders' Summit has been set on the sole purpose of reaching a 12th hour agreement after the 11th hour deal couldn't be reached, as expected, at yesterday's Eurogroup meeting. Greek FinMin Yanis Varoufakis told afterwards that his proposition, transcripted here, wasn't even discussed within its counterparts.

Reaching any kind of deal is going to require more politics than economics and the EU Government Leaders will need to prove they can handle the art of negotiation better than its Finance Ministers, who have not been capable of moving from their polarizing positions. That's what they'll need to do if they want to prevent the Greek Tragedy turning into a Grexit, an ending that could be irreversible in case of another unproductive meeting. 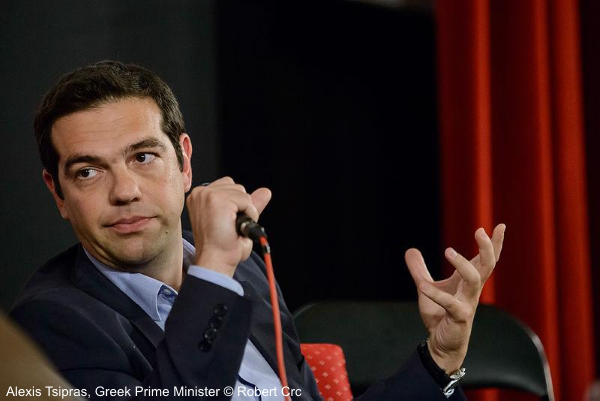 Before Manic Monday comes and we get flooded with more headlines, we gather some views coming from our dedicate contributors trying to figure out what are the chances of a Grexit and what kind of impact that may have on the EUR and the markets.

Greece After The Euro(Group): What's Now For EUR? - Credit Agricole by eFXnews

So, this is where we are now, and it doesn't sound too good:

ÃƒÆ’Ã‚Â¢ÃƒÂ¢Ã¢â‚¬Å¡Ã‚Â¬Ãƒâ€¦Ã¢â‚¬Å“We further learned that there won't be a grace period for Greece if it fails to repay the IMF on June 30. Last but not least, media reports suggested that the ECB has called for an emergency meeting today to discuss the Greek ELA. If confirmed this could be an indication that the persistent political impasse and the intensifying deposit flight have forced the ECB to reconsider its role as lender of last resort.ÃƒÆ’Ã‚Â¢ÃƒÂ¢Ã¢â‚¬Å¡Ã‚Â¬Ãƒâ€šÃ‚Â

But EUR is ignoring all that stuff:

ÃƒÆ’Ã‚Â¢ÃƒÂ¢Ã¢â‚¬Å¡Ã‚Â¬Ãƒâ€¦Ã¢â‚¬Å“EUR seems to be holding firm for two reasons. One is the expectations that we could squeeze higher on the back of a successful outcome. The second reason is market positioning. Indeed, foreign investors unwinding long positions in EZ stocks and bonds also pare back short-EUR hedges, propping up the single currency.ÃƒÆ’Ã‚Â¢ÃƒÂ¢Ã¢â‚¬Å¡Ã‚Â¬Ãƒâ€šÃ‚Â

Here you have a bunch reasons why actually Greece on its way out of the Eurozone may not be a big deal for the EUR value:

EUR Hits 1 Month High, Is GREXIT a Blessing or a Curse? by Kathy Lien

Yes, now this seems to be a trending question within the markets:

ÃƒÆ’Ã‚Â¢ÃƒÂ¢Ã¢â‚¬Å¡Ã‚Â¬Ãƒâ€¦Ã¢â‚¬Å“Greece is in the headlines everyday now but the takeaway is the same, which is that no progress is being made. Yet the euro is rising while European bond yields are falling. The strength of the euro tells us one of two things - investors have faith that a deal will be reached or they think that the Eurozone is better off without Greece.ÃƒÆ’Ã‚Â¢ÃƒÂ¢Ã¢â‚¬Å¡Ã‚Â¬Ãƒâ€šÃ‚Â

Is a Grexit Actually Euro Positive? by Dane Williams

And she's not the only one asking this question. Here's more on that:

Fasten your seatbelts, because we may be on our way to a crazy rollercoaster ride:

But let's not hurry up too soon. We'll finish this recap with the deal-optimistic view of a big bank:

At the end it may come down to Angie's willingness to keep Greece in the Eurozone. Will Tsipras & Varoufakis do their best Rolling Stones impression to persuade her?
Feed news Join Telegram